What is Truck Driver Orientation?

As you prepare to take your first truck driving job, you will most likely be invited to truck driver orientation. This orientation is a type of pre-interview that leads to truck driving jobs at most major trucking companies. To get invited to orientation, you will need to receive a formal invitation in the form of a pre-hire letter. This letter essentially states that a trucking company wants to hire you. If you receive a pre-hire letter, this doesn't mean you are hired yet. However, it is a great sign that the company is interested in adding you to their fleet of drivers. 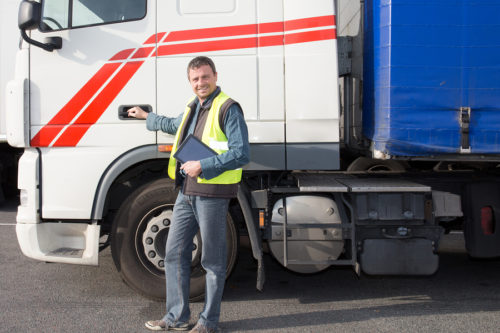 Getting a Pre-Hire Letter

The most common way you can get a pre-hire letter for truck driver orientation is by attending truck driving school. Schools that are partnered with local trucking companies will provide opportunities for recruiters to meet with potential hires. During this time, truck driving company recruiters will look for the students that appear to be the best fit for their fleet. If you are one of those selected students, a recruiter will give you a pre-hire letter inviting you to attend truck driver orientation. Learn more about CDL classes.

Basics of Orientation for Truckers

Ultimately, an orientation program at a trucking company is a meet-and-greet opportunity. You get the chance to meet your future employers and learn what they offer you in terms of truck driver salary, benefits, and bonuses. At the same time, these individuals are evaluating you as a potential truck driver for them.

Getting Paid for Orientation

A truck driver orientation program generally lasts for a few days. As a result, you will need to make arrangements for overnight lodging. Most of the time, trucking companies will provide you with a place to sleep, such as in a dorm room on location. Some carriers will pay for or reimburse you for your hotel accommodations. In addition, those same companies generally offer one to three free meals a day while you are in the orientation program.

When you attend paid orientation, you are able to earn a paycheck that is on par with a trucking salary while in the session. For instance, you may earn $650 for a week-long orientation session that includes testing and training. Plus, you come away with a good paying trucking job that pays you back in dividends on your time investment.

Going to truck driver orientation is similar to attending any work-required training. You are expected to bring certain items to the orientation including classroom supplies, personal documents, and work clothing. If you show up to orientation unprepared this can cause you to get off on the wrong foot.

One reference to use is packing lists for orientation as provided by trucking companies. For example, Schneider offers easy-to-download and printable packing checklists for CDL holders and non-CDL holders. Use these lists as a starting point for packing for your orientation, but also communicate with your employer to see if they have their own requirements.